Hire a Wildlife Removal Professional for your Home A step inside Masters Services and how we Handle Wildlife

Master Services is a family owned and operated business. Chad and Christa Murray started Master Services in 1996 out of their home. Christa took the appointment calls and Chad did the service. At that time, we only serviced the Dallas/Fort Worth area, but not for wildlife removal quite yet.

We started out by just doing chimney inspections and sweeps. In a very short time, the company built itself from the ground up. Now, we have extended our service area to DFW, Houston and Oklahoma City. Chad has become a Certified Chimney Professional as well as a trained Nuisance Wildlife Removal Technician. In a few short years we moved from Chad and Christa’s home to a storefront in Frisco. This allowed us to display a variety of functioning fireplaces featuring some of our gas logs. After a few years we outgrew the Frisco store and moved. The facility was located on Mayhill Rd in Denton, but after a few more years we outgrew that area too. Finally, we moved to our current location. We are now based at 2301 N. Masch Branch Rd, Suite 201 in Denton where we have quite a bit more room.

In our current location we feature a variety of actual working fireplaces with gas logs. We invite you to come take a look at our selection of gas logs in person to see how realistic looking they are. We also sell fire glass for your fireplace which is an alternative to gas logs or in addition to them, which ever you choose.

What Other Services do we Provide? 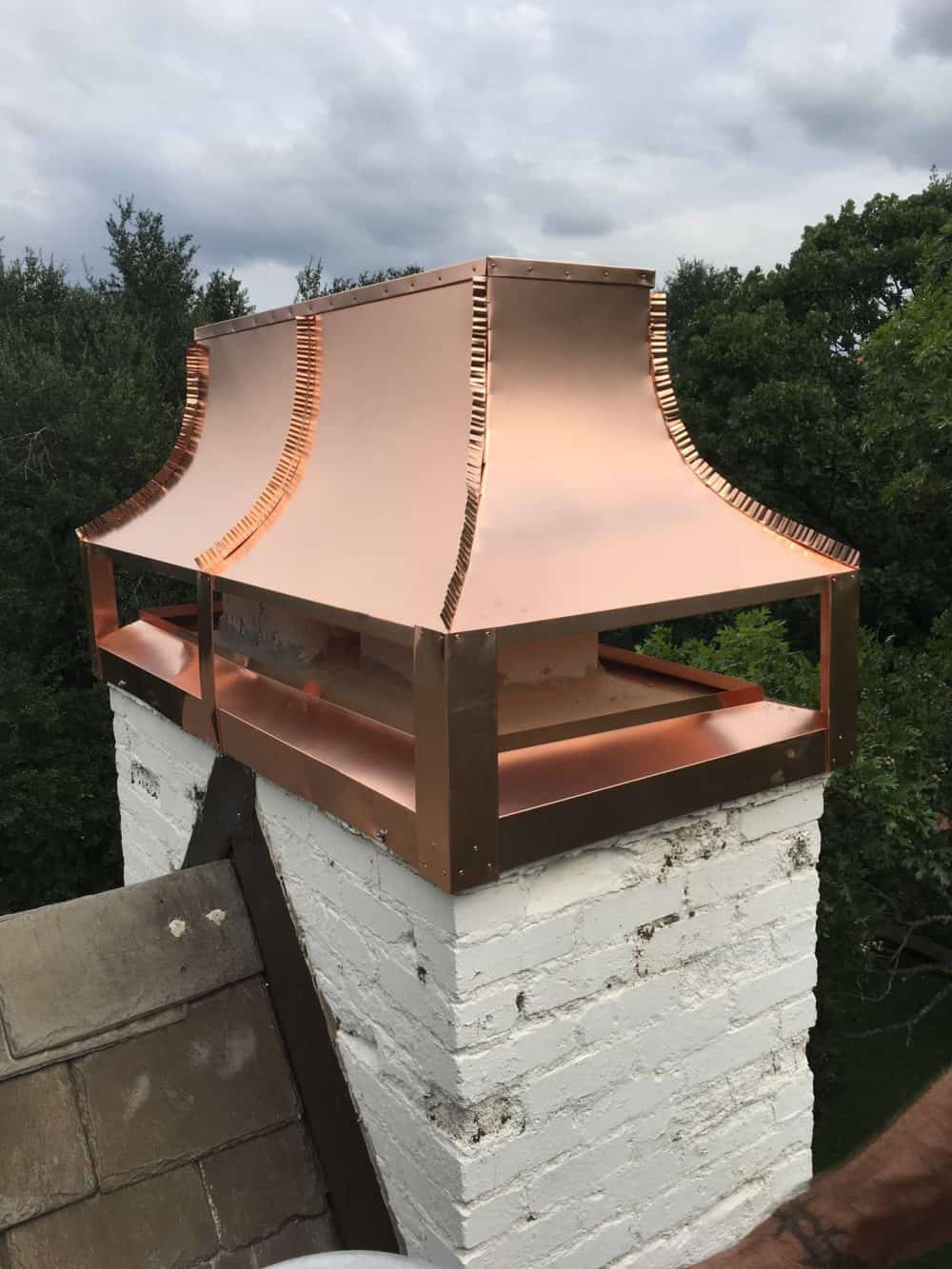 We also do any repairs to your fireplace or chimney. Some of the services we provide include replacement of cracked refractor panels, dampers, and starter pipes. To ensure water doesn’t seep into the chimney tuck pointing (inside and out), relining the inside of your chimney, and waterproofing are also done. If necessary, one of our wildlife professionals will even rebuild your entire chimney. We soon saw a need for nuisance animal removal. The animals were getting into the chimneys, in the attic and in the yard. We remove raccoons, squirrels, opossums, armadillo’s rats, bats and snakes from inside or outside the house. Also, Masters Services repairs any of the entry points to prevent the infestation from reoccurring.

We are a full-service chimney and wildlife removal company.

What do we do as a Company for Wildlife?

People often question why a chimney company also specializes in wildlife removal. The question we ask is why wouldn’t we specialize in wildlife? Chimney’s that have a damaged chimney cap or no chimney cap at all risk the potential for an animal to enter the protection of an open and secure structure, your chimney!

Chimneys are often cooler during the summer months, especially when shielded with overhung trees that act as shade. Chimneys can fit an entire family of animals. Can you imagine a mother raccoon and her litter of 1 to 8 babies living in your chimney paying no rent to you? They create continuous loud noises and sometimes they even enter the home. This ongoing problem caused our chimney company to expand our services by offering wildlife removal.

Where do we Specialize in Wildlife Removal?

We specialize in wildlife removal of the chimney and the attic. Wildlife usually passes in and out of entry points as they please, causing additional damage to your home. Animals we assist in removal include rats, raccoons, possums, squirrels, and skunks from the attic and birds, raccoons, and squirrels from the chimney.

We also are able to service your home is an animal is under your home or outside the house. Although, animals outside the home come with the uncertainty if they return. Traps are usually baited in areas where we see the most signs of activity to ensure we have the best chance of capturing the wildlife.

How do you keep an Animal out of your Chimney?

Chimney’s need to be safely enclosed to keep out any wildlife, while still allowing smoke and heat to vent out. This is why chimney caps were created! Masters Services fabricates all our chimney caps in house to the measurements of the chimney, meaning all our caps are custom built. Proper fit is essential to keep animals, debris, and additional water out of the chimney. A loose chimney cap can allow wildlife access inside, while exposing the flue.

How we start the wildlife removal process:

Masters Services first schedules an initial appointment to come to your home. Estimates for removal and repairs are set up with an appropriate game plan according to the wildlife situation. After the estimate is approved, the animal removal process begins.

This often include trapping, live animal removal, scent deterrent to drive wildlife out, or a one-way exit door. After all animals have left the premises, we complete repairing of any entry points and sanitizing and deodorizing the infected areas. 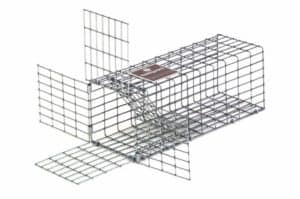 Do we kill the Animals we Capture?

Masters Services does not harm the animals we remove from homes in anyway. Unlike some other wildlife removal businesses, we care about the animals well-being and overall safety.

Raccoons, skunks, squirrels, armadillos, and many other animals are not killed after being caught in our traps. We relocate the animal many miles away from your home in places they can strive in their natural habitat. Relocation is often in a wooded area with lots of trees, away from streets, and by natural water sources to allow the animal to maintain its needs in their new location.

Why would we recommend having my home Wildlife proofed?

Below is a listing of Animal specific Diseases: If you notice raccoon activity around your house, be aware of your surroundings. Avoid not only interacting with the animals themselves, but also with their excrement or any area that may have been contaminated. For example, if you have accessible  water gathered on your property, avoid letting your pets drink from that source. Common sense like that will go a long way when keeping your entire household safe.

Although most of these diseases have very low occurrence rates in humans, it’s important to be aware of the associated risks and signs to look out for. Rare but very dangerous infection that can affect both humans and our pets. It attacks the central nervous system and is one of the most serious infections that comes from animals.

Parasites live inside a raccoon’ intestines, with little to no harmful effect on the animal. The larvae will hatch from eggs found in raccoon feces. This bacteria is incredibly resistant to physical and chemical cleaning and will remain in the environment for long periods of time. Be wary and cautious when dealing with raccoon droppings.

Unfortunately, this parasite is airborne, meaning you could get infected simply through inhalation. This disease becomes even more dangerous if left untreated. This may even cause fatal results. The infection often travels up to the brain and can cause multiple organ damage, neurological impairment, and death. Symptoms you might feel are tiredness, loss of muscle control and vision, and a lack of coordination.

How Wildlife Diseases can harm You

Leptospira bacteria found in various wild animals’ urine, including raccoons. The disease is contracted when humans come on contact with water, soil or food contaminated by an infected animal’s urine. Be sure to watch children and pets when playing outside, especially if you have noticed raccoon activity in the area. Avoid letting your pets drink from any accumulations of water found on your property.

Leptospirosis has flu-like symptoms, including severe muscle and head pains, high fever, and it can worsen kidney problems and infections such as meningitis if not treated quickly.

Giardiasis (commonly referred to as beaver fever) is a parasite found in animal intestines and can be passed through their stool. It is also the most common disease humans’ contract from wild animals.

It is contracted by ingesting the infective cysts located in the feces or wild animals, including raccoons. This can happen by coming into contact with surfaces or consuming food or water that has been contaminated. But occasionally it is transmitted between people or animals directly. Symptoms usually begin within 1-3 weeks of contracting the bacteria and can last up to 6 weeks. These symptoms include nausea, cramps, diarrhea, and dehydration.

You Could be at risk for Salmonella from Wildlife

The salmonella fear does not end at cookie dough and raw chicken, it’s also a form of bacteria often transferred from animals to people. It is contracted through direct contact or ingestion of the feces of an infected animal.

In 2007 a study found that 45% of tested raccoons had the salmonella bacteria in their stool (27% at the rural level – 65% in urban areas). These bacteria can remain dormant, activating only in favorable conditions. This unfortunately means it can remain a problem for a long period of time.

Associated problems include high fever, severe diarrhea, and abdominal pain. The most common ways raccoons pass on these diseases is through contaminated water, soil, or food sources and occasionally through direct contact (bite or scratch). But because the raccoon population is so large, and continuously growing, it is becoming increasingly difficult to avoid these interactions.

The most practical steps we can take is remaining aware of any activity and exercising common sense. Unfortunately, raccoons include a number of health risks. Protect yourself and family from a raccoon problem with thorough hygiene practice.

Rats typically transmit diseases through urine and droppings. Rats or mice make nests in your home. The buildup of urine and droppings can spread disease throughout the house. Rat excrement is compounded by decaying material from rats that have died. Diseases directly transmitted by rodents include Hantavirus, salmonella, rat-bite fever, leptospirosis, and bubonic plague. These are considered the more serious diseases transmitted by rats. Birds/Bats can carry a deadly disease for humans called Histoplasmosis. It can contaminate the surroundings it comes in contact with rabies. Rabies is contracted through the saliva of a rabid animal, as many know. Through contact with a bat or  with a wound, it can be passed over. This viral infection affects the nervous system, with early symptoms resembling the flu. These include: weakness, and fever, that later develop into a delirious state of mind. Rabies is life-threatening if untreated.

External parasites also may become a problem when infested birds or bats leave roosts or nests. Fungus has specifically been found in droppings, by bats alone, such as in the attic. Rabies is also a dangerous and fatal disease. Although, only about 5% of bats carry it. With these animals in your home, there’s always a potential risk of receiving the disease.

Overall, there are many diseases that can be transmitted by these animals. It certainly can be beneficial for people to be pro-active with the removal and management of these animals. For you and your family’s safety, hire Masters Services as your wildlife removal professional.