Why Dallas Chimney Caps Should be Installed by Professionals 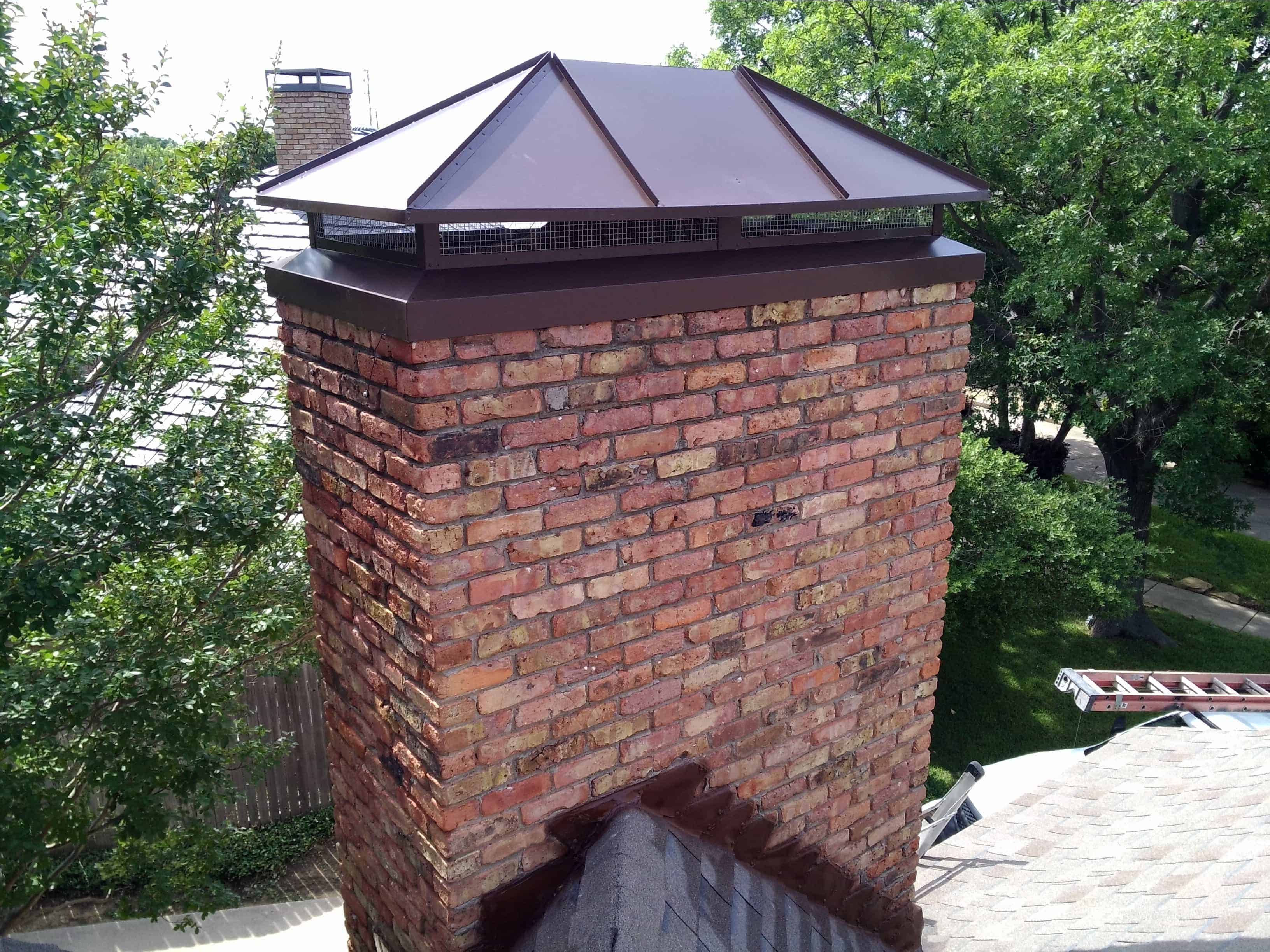 A residential home with an uncapped chimney leaves a huge hole straight into the home. This will need to be closed by adding a damper to prevent various problem from occurring. A chimney cap offer many benefits to homeowners they may not even realize. The opening of a chimney is a means for exhaust or smoke from a fire to vent into the air. However, rain, snow, and even animals can easily enter chimneys that are not capped. Another reason to have Dallas chimneys caps installed is to keep burning embers in the chamber so they do not fly up on the roof.

The basic need for a chimney cap is to prevent the inside of a chimney being clogged up with debris. A chimney that is uncapped can be an invitation for any wild animal. The most common is a raccoon and squirrels. However, wild animals can also fall down the opening of a chimney that is not capped. There is also the possibility of debris, such as leaves, from dropping down the chimney. The accumulation of debris in a chimney may eventually pose a fire hazard to the home and the occupants. If a next is made in a chimney, then the blockage that is created will cause problems with venting smoke or exhaust. The installation of a cap by a Dallas chimney caps installer will prevent any issues. A Dallas chimney caps installer can eliminate any possibility of debris or an animal getting down inside a chimney. A chimney cap acts as a deterrent and a cover that will not allow anything in, but will allow smoke and exhaust out into the air. One aspect to keep in mind during summer and times when there is no need to use a fireplace, then animals can make a next in the confined space of an uncapped chimney at any residential home. The most common pests that may build a next is a chimney is squirrels. These pests can often build a next that is four feet deep in about 24 hours.

Dallas chimney caps that are the best option for homeowners are made of copper or stainless steel. The cap for a chimney can also come in various sizes and shapes based on need or preference. One thing to keep in mind is the purpose for the cap and not necessarily the aesthetics. However, custom designs are available from local suppliers and vendors who are online. Any type of cap for residential homes needs to be installed by any professional Dallas chimney caps installer. Caps for a residential chimney have a warranty along with an installation guarantee.

Embers From a Fire

Any type of moisture can enter a chimney that is not capped. This includes rain, ice, and snow. If there is any moisture down in a chimney, then freezing and thawing can lead to deterioration of the chimney walls. Cracks may develop that allow water or moisture to damage the masonry of the structure. A cap will prevent any wear and tear of the interior of the chimney. A homeowner will not want to pay to get a chimney repaired if it has been damaged.

Contact Master Services for more information about installing Dallas chimney caps. Homeowners who have multiple flues for a chimney will require a multiple flue cap. We have various options available to cap any type of residential chimney.