Chad and Christa are the CEO and Vice

The Story Behind the Vice and CEO

Chad and Christa are the CEO and Vice-President of Master Services. They founded the business and began their Professional journey in 1998. The two of them met as sophomores in high school where they became high school Sweethearts. Chad left home to enlist and become an Army National Guard soldier to begin his Military career. After serving in that branch for a term, he then moved on to be a soldier in the Marine Corp. Where he served for quite some time.

After the Military experience, he pursued the Restaurant Management path in Tulsa, Oklahoma. This is where Chad took over a manager position at the Mazzio’s Restaurant. Having the spot as a manager gave him valuable experience and knowledge in both management and leadership roles.

Most chimneys Chad came across needed repairs and even a chimney cap. After researching this specialty in the Chimney and Fireplace Industry, he soon discovered that there was an open market and not much competition to be found in this industry.

So, this is where Master Services started in 1998. Along with Chad and Christa realizing that there was an undiscovered market for Chimney and Fireplace Services. 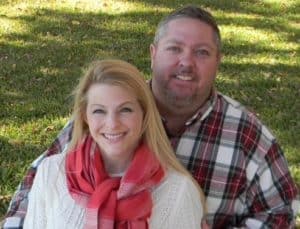 Becoming the CEO of Something New

Chad and Christa began working as a team in the Chimney and Fireplace Industry hitting the ground running. Christa would answer the phone, schedule appointments and collect the payments from the customers. Chad worked as Sales, Service and Marketing/Advertising all in one. He inspected and swept the chimneys, completed the repairs and sold services to the customers.

Chad also created the first website and continued to learn how to advertise and market the business. Before they started the company, they had only one daughter, and four more soon followed. Adding on to the Family Company

The family-oriented company has had all kids show an interest in answering the company telephone over the years. Shortly after they started the business, Chad’s mom, Wanda and stepfather, Rory joined the family business. Wanda worked in the call center and Rory served the role as Shop Manager.

They then added long-time friend, David, who Chad has known since the early 90’s and serves as the CFO, and is responsible for payroll, A/P, A/R and a long list of other duties and responsibilities. 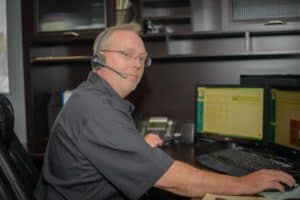 Then came Brian, Chad’s childhood friend was brought on to manage the Houston location for them.

Another valuable member of the team is the General Manager, Jon. Jon was the best technician the company had ever employed and was promoted from that role rather quickly. Due to his excellent skill and talent, Chad gave him the job position of lifetime. Since then, they have added a Human Resources representative and a Call Center Manager. Many more positions will be added as the company continues its success. 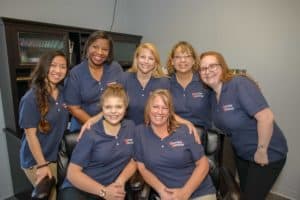 Without a doubt, Master Services has always been ahead of the curve. Overall, we have many forms of advertising and internet jobs, thanks to Chad. Furthermore, he even provides tablets and computers for staff. This ensures the most efficient and trending database resources are utilized.

Getting Certified as a Professional

Approximately 15 years ago, Chad earned his Certified Chimney Professional Certification. Being certified accredits to a licensed Master Chimney technician, which is very rare in this industry. Chad has learned the codes for repairs and services that were performed. In addition, he has trained his top Professionals in this to share with their technicians and crew in the training process.

As the company continues to grow with today’s many challenges, we strive to make the job easier. We have been working on making it more and more efficient for our employees. They have accomplished landing a job with the highest paid chimney professional in the area. Masters Services provides the most innovative tools to their employees to include an air-conditioned shop where the fabrication and work is performed in house.

The team is career minded but also customer service oriented. Chad and Christa put the needs of the customer first and foremost. Whether it is a low or high budget, they greet you with a positive attitude.

Being the CEO of a company has it’s challenges but Chad and Christa make it seem too easy. In summary, Chad and Christa have led the way and laid out the path for the continued success of Master Services. Masters Services couldn’t have done it with them. Thank you Chad and Christa!

To find out more about Masters Services and if you need to call a chimney sweep, click here.